After the initial shock of the COVID-19 lockdown and what it would mean for her family unit, Author and Educator Dahlia Malaeulu says the period ended up providing the perfect space to write.

The New Zealand-born Samoan based in Wainuiomata says educating young people and fellow educators lies at the heart of everything she does.

Having taught at Wainuiomata Intermediate School for 12 years, Dahlia developed a passion for enabling tamaiti to succeed as Pacific people confidently in Aotearoa.

“My role as an author was initiated by my children who inspired Mila’s My Gagana Series 1 – a set of early gagana (Samoan language) readers,” Dahlia says.

As fate would have it, the release date of Mila’s My Gagana Series 2 has been delayed due to COVID-19, which has left time for Dahlia to focus on other projects.

“So I started writing a number of online articles for e-tangata, a poem for a book on anthologies documenting Pacific perspectives and experiences during COVID-19 and I started our Mila’s Malaga Blog to document my writing journey and lessons to encourage more Pacific writers to share their stories.”

To top it all off, Dahlia also completed a young adult fiction book Teine Sāmoa, which is being launched as an e-book in celebration of Samoa Language Week (May 24-30). 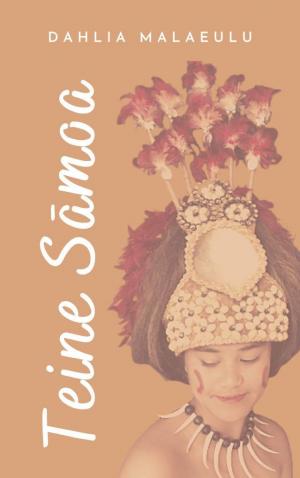 Teine Sāmoa is a journey of cultural identity and discovery for four junior high school students, their families, their teachers.

“It was initially inspired by the overwhelming response to an article I wrote last year, (Don’t you want to be Samoa?), about my own teine Samoa journey,” Dahlia explains.

“It touches on many issues we, New Zealand-born Samoan have experienced, such as feeling not Sāmoan enough, or that being Sāmoan was not good enough, developing dual identities to cope and needing to be supported, included and accepted as Sāmoan.”

Teine Sāmoa was written to develop cultural understanding and confidence among tamaiti, Pacific parents and non-Samoan teachers through encouraging our first teachers - parents and teachers - to look at their own cultural capital they have and the impact this has on tamaiti and their ability to succeed as Pacific, she adds.

Dahlia says she is motivated to keep writing as she sees so many Pacific people being under-represented or misrepresented.

“There’s a huge need for Pacific people to be seen and heard across all areas, especially in different forms and levels of literature.

“I think about the message this sends to tamaiti – if they cannot see us or themselves in the world around them, then how can we or they feel valued or believe they have anything of value to contribute?”

Fittingly, Teine Samoa will be launched on May 24, the same day Samoa Language Week gets underway.

Dahlia has seen Samoa Language Week grow from a circulated email from its inception in 2007 to a national week of celebration of Samoan language, culture, and identity.

She says its importance lies in supporting and developing the cultural confidence of Samoans and non-Samoans as well as providing an obvious space for Samoans to be proud of who they are and share who they are.

“I believe we all gain cultural awareness, understanding and confidence. There is also a sense of pride and unity amongst the Samoan community – non-speakers, learners, and fluent speakers.

“It’s beautiful to see and is something I would love to be embedded in schools and workplaces, which would help culturally inclusive and responsive practises to continue beyond these national language weeks.”

You can find further information regarding Teine Sāmoa and Mila’s My Gagana series 1 HERE or Facebook.